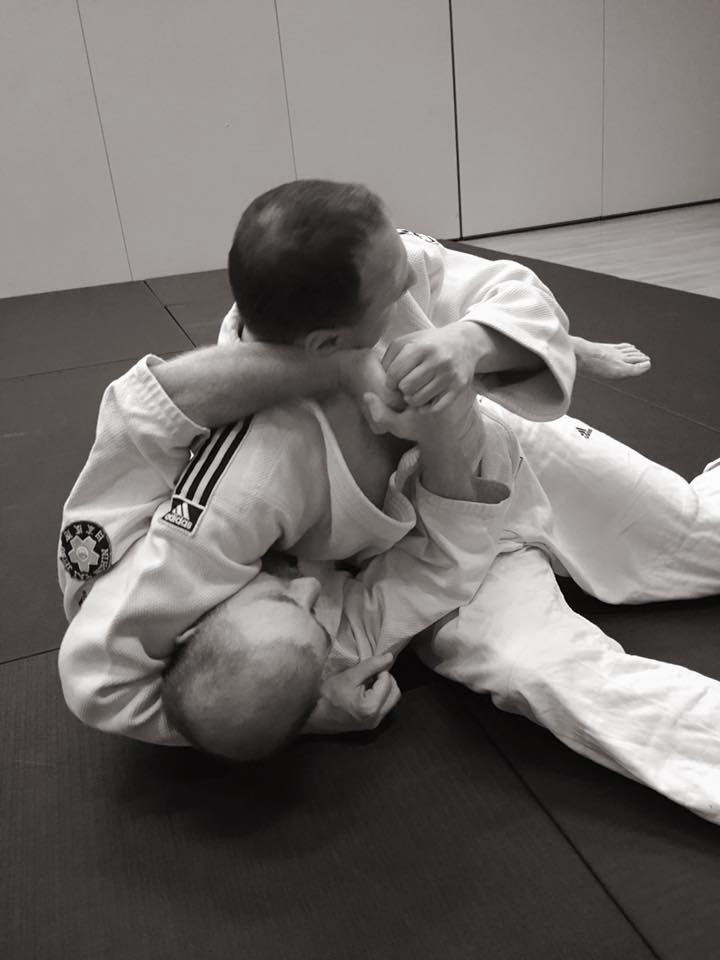 Ne Waza, or groundwork is not a strength of Nihon Tai Jitsu, if it is not totally absent from the curriculum it has to be clear it is not and has never been a strategic focus of the school, and it probably represents less than 10% of our teaching. However, that remains an important part for a number of reasons.

What is Ne Waza in Nihon Tai Jitsu?

Nihon Tai Jitsu is built to 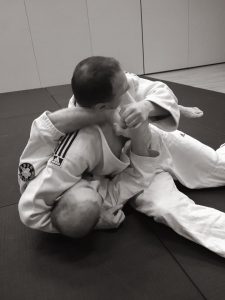 be a self-defense method. As such it cannot skip any area, but it also cannot think of a martial encounter as a 1 vs 1 unarmed fight. And when facing multiple and/or armed opponents the ground is clearly not your best friend. But not liking it doesn’t mean it will not happen, and anyone can fall, be taken down, or simply already be on the ground when a fight occurs, and this has to be dealt with. For this very reason, the ground strategy of Nihon Tai Jitsu is… not to stay on the ground! Deal with it quickly and find a way to stand back up.

That has an impact on the pedagogy as well, as situations will be worked on defenses on the ground, and not as ground fighting like you would see it in BJJ or Sambo, which are probably the best specialists in the field. Same as the controls will preferably avoid having to be stuck with the guy on the ground. If this can make awesome controls, it also makes it harder to get out of the knots, should someone else be teaming up with your opponent.

But there’s much more to Ne Waza, and the ground can teach us lessons that are invaluable for our standing practice, that includes in particular breathing and quality of movement.

Breathing first because when fighting on the ground, and dealing with the weight of someone else on our body, breathing can become an issue. Even more so as we brace to push him away and stop breathing in the process. One fantastic teaching of ground fight is simply that, learning how to keep our breathing smooth and natural. Ne Waza is beautiful for that, because it needs less than a minute to be out of breath, and there’s no way you can keep playing for 10-20 minutes if you don’t regulate yourself. That’s why when we do Ne Waza in the dojo we can roll non-stop for a while, to teach you how to regulate yourself.

Once natural breathing is maintained, natural movement becomes accessible again. Breathe smoothly and you will be less tempted to brace and push your opponent away with muscular power, but rather move around and create space. That’s also made possible by changing focus and see Ne Waza as an opportunity to explore movement differently rather than trying to win. There’s no point in winning really, at the dojo that is. There’s a point in not losing and not giving in, to forge our mental and simply to be able to spot our weaknesses and close opportunities for our opponent. But winning is a rather different topic. When training our goal should be… training, that’s right. Winning doesn’t train us, it just makes us feel good. Discovering new situations and playing around on the other side is much more valuable. Of course you need to be able to seize opportunities and convert them, but this should be a consequence of the rest, not an objective.

Learning to move and breathe smoothly is not only useful for ground fighting, but is clearly as equally important when standing. It just happens to be more obvious on the ground, hence easier to train in a way.

The way we practice is clearly different from that of BJJ and Sambo, and let’s be clear, taking a specialist on his field is never a great idea. But again that is not the idea, out point is not to become amazing grapplers and fight at the UFC, but to understand how we can deal with the situation, how we can move freely respecting the same principles we use standing, and how eventually we can just go back to a place where we are more comfortable to finish the fight. 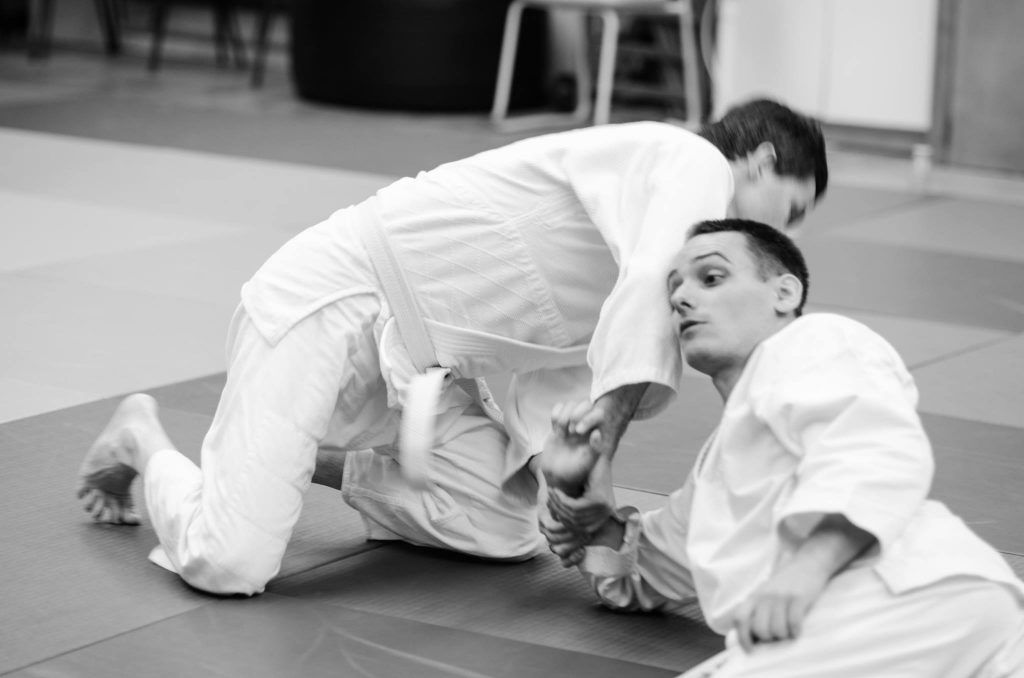