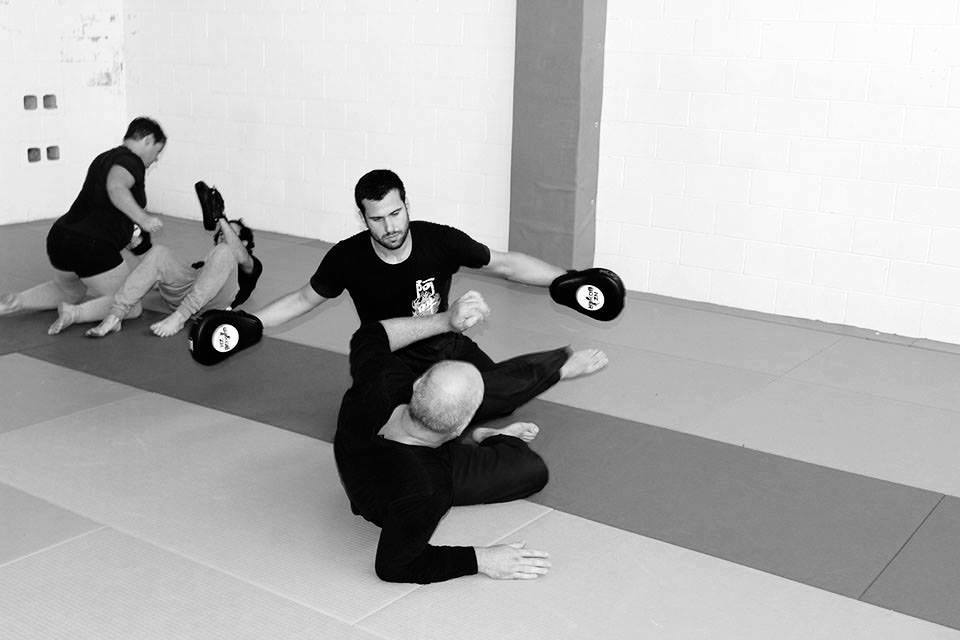 I met Filip for the first time in 2016 when he came to Hong Kong and we double-handedly managed the Aunkai seminar that I was hosting that weekend. But before meeting him in person, I already had a chance to discover him via some his Aikido videos, and chat a bit with him online when he joined Aunkai.  A minute or two after meeting, we were already great bros and Filip remains one of my favourite martial artists for the high level of his skills, his deep understanding and genuine open mind.

Teaching Aikido, Kenjutsu, Systema and Aunkai, in parallel of being a Doctor in Physiotherapy and a certified Shiatsushi, Filip has one of these exceptional backgrounds that most can only envy. And this is why I could only recommend  for everyone to read this interview. You can learn more about Filip and his practice on his dojo website.

1. Do you have any morning routine?

Throughout the years, my morning routine has always varied from time to time and I expect it to continue doing so. In the flat that I moved into about two years ago, I am in the fortunate situation of having an outside deck that overlooks the harbour and a small piece of forest directly next to our house. So ever since, my morning routine takes place out there and consists of a short period of meditation, as well as a very idiosyncratic form of prayer, and then also some exercises.

The exact content of all three of these components also varies, sometimes more, sometimes less. So, coming from a zazen background, my meditation can consist in a short period of simply (continuously re-)focusing on my breathing and upright posture. This is also related to a sense of centering that I have briefly touched upon a while back. In recent years though, I have also found a variation in taking a kind of contemplative approach to my (morning) meditation and so I like to think through an imagery along the lines of the old Powers of Ten video as I sit outside on my deck, or at other times of the day, at a beach, inside my workplace, etc. Other variations of the same idea can also be found in Carl Sagan’s ‘Pale Blue dot’ speech, and Pierre Hadot has also written about it in the context of his studies on ancient Greek and Roman philosophy. In the simplest terms, this thought helps me put things in perspective, generates a sense of relation to something bigger than me, my problems, wants, needs, etc., and therewith, I feel, sets me up for the day in a good way.

What I call my prayer is, in a sense, related to the latter thought, but I’m not sure I know a good way of communicating what it consists of in writing. I’ll happily share it in person and in talking to anyone who asks, but it’s maybe a bit too personal for this format.

Finally, as far as my exercises are concerned, they can be any one or two of our Aunkai solo exercises, some further simple standing meditation with a focus on breathing and posture in different positions, some playing around with Taiji silk reeling or a short form, some suburi (cutting practice) with a bokuto, or other weapon, a few push-ups, squats, or sit-ups in the way they are done in Vasiliev’s RMA Systema, or even just a few simple stretches. I don’t complicate this too much, but rather, try to keep it exploratory with regard to what I feel in my body on that morning during whichever of these exercises I’m doing.

Basically a condensed version of the above in a way that allows for at least a little portion of all of the mentioned three elements.

I’m not sure if I can call this an investment I’ve made in myself as such, but I would have to say just always keeping an open mind; and maybe as an extension, or variation of that, studying all sorts of different things, practices, and thoughts, and traveling the world.

As far as my investment in others is concerned I think I would have to say that these are ‘yet to come’, in the sense that I would like to continue to help and be there for others as best as I can on a daily basis for a long time to come, whatever that may mean exactly, in each situation, place, time, etc. So I would say the best investment I can make in others (and possibly also in myself) would be to always persist and improve in this effort. 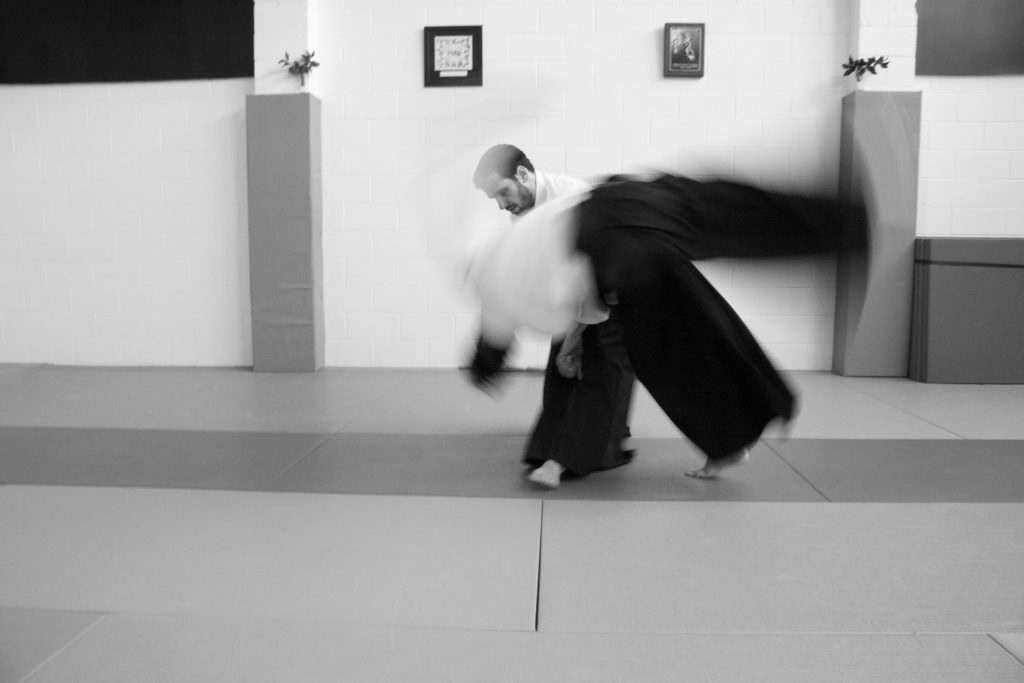 In martial arts training, that is, in the kind that I have always been involved in and that doesn’t take place in the context of military service, I would have to say it is taking things too seriously; and then also in some relation to that, going too hard, too strong, too fast, too soon.

I’m not sure what people get really easily from the beginning, because if they do get anything easily from the beginning, I would think it might not actually be something they get from training, but what they have somehow brought to training from before. I remember in my first year of tertiary studies a lecturer said that study should involve reading the books that we do not understand, because we already know the ones that we do understand. So I’m thinking along these lines here. But of course, different people bring different things to training and so while it might be really easy for someone to do one thing because of a certain talent, physical, or mental trait, something else will be difficult for them, but easy for another, and so on, so it also depends greatly on each person.

Phew… ideally I would hope and think that every single failure in my life has been integral to getting me to where I am today… and there have been many failures, that I can tell you… and I guess one could argue that where I’m at today is not that great. But if where I’m at today is a bit better than what it was in any earlier version of myself, then of course all of these failures have not been that exactly, but it might be better to refer to them using a different term. So if I had to think of an experience that has helped me get better at what I do… hm, it depends, in martial arts… ah… I don’t know, there have been so many I don’t want to unfairly highlight one over any or all the others. In life in general, there have been and always are lots, but the bigger ones are, yet again, best left for personal conversation I think. 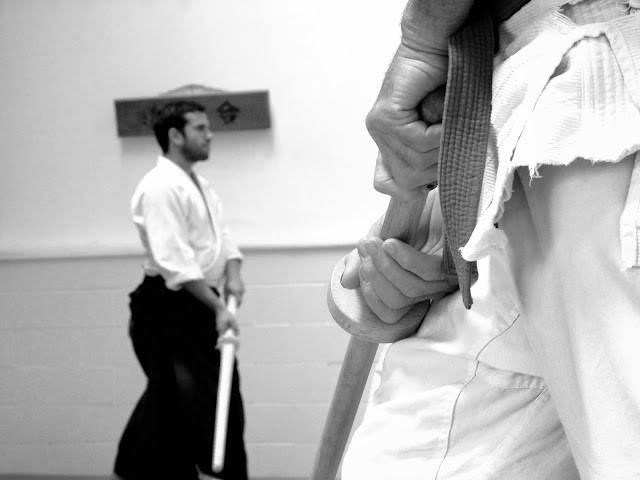 Do something new, or at least different.

Hm… I’m not sure… If anything, I often wish that people would inquire more into the deeper questions concerning their practice, the why, how, and what of it in a deeper, maybe more philosophical, or existential sense (that is, in a way that is relevant to their life as a whole). I certainly have quite a lot of thoughts in this regard and I enjoy sharing them with people for sure, but I would never claim these to be the ultimate truths, so that people ask me is not my main concern here, but rather that this is thought about and talked about more in general.

8. Would you have any advice for your younger self?
Calm down, everything is and will be ok just the way it is.