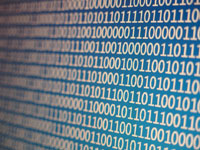 When it comes to martial arts, Aunkai looks like a very different animal altogether, and that is partly due to the exceptional skills of its founder, Akuzawa Minoru. Akuzawa sensei’s skills always amaze at first, and quickly they feel overwhelming and one can always wonder if there’s a way to actually do what he does, or if he’s just… a freak.

Understanding what Akuzawa sensei does and trying to replicate it is something all his students are trying to do, and the good news is: all the people who have been following him for a while, even for just a couple of years, got something. And if we are talking of his assistants, the three Hanshi of the school, it is impossible not to feel it.

When Rob came to Hong Kong, his objective was to help us crack the code and understand Akuzawa sensei’s magic sauce. To do that, he first clarified one important thing: you need to differentiate sensei’s attributes from his skills. A former gymnast who has conditioned his body more than any of us will, he also has a very specific way of moving, of organizing his body. The way he places his neck, chest and hips for example are very different from what most people do, and this sets his body optimally to generate power without straining.

Cracking the code – the basic idea

If Rob was blown away by Akuzawa sensei’s techniques, he quickly started looking at how he was moving… outside of the dojo. How he walked, how he sat, stood up, grabbed a beer. Day-to-day actions that revealed his default settings.

I invite you to watch this interview of Rob explaining his approach last week during our Hong Kong workshop.

I’m teaching people to hack their body, to get to where he was 12-13 years ago. Because unless you can start from the baseline of where he was, where he started his journey, it’s going to be very hard to develop to where he is today.