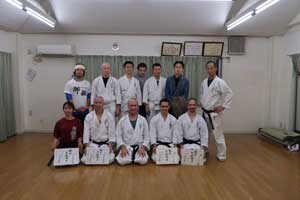 We are delighted to announce that Xavier was promoted to Kyoshi in Aunkai by Akuzawa sensei on December 8, 2018 in Tokyo. This promotion makes him the first official instructor of Aunkai outside of Japan and France. 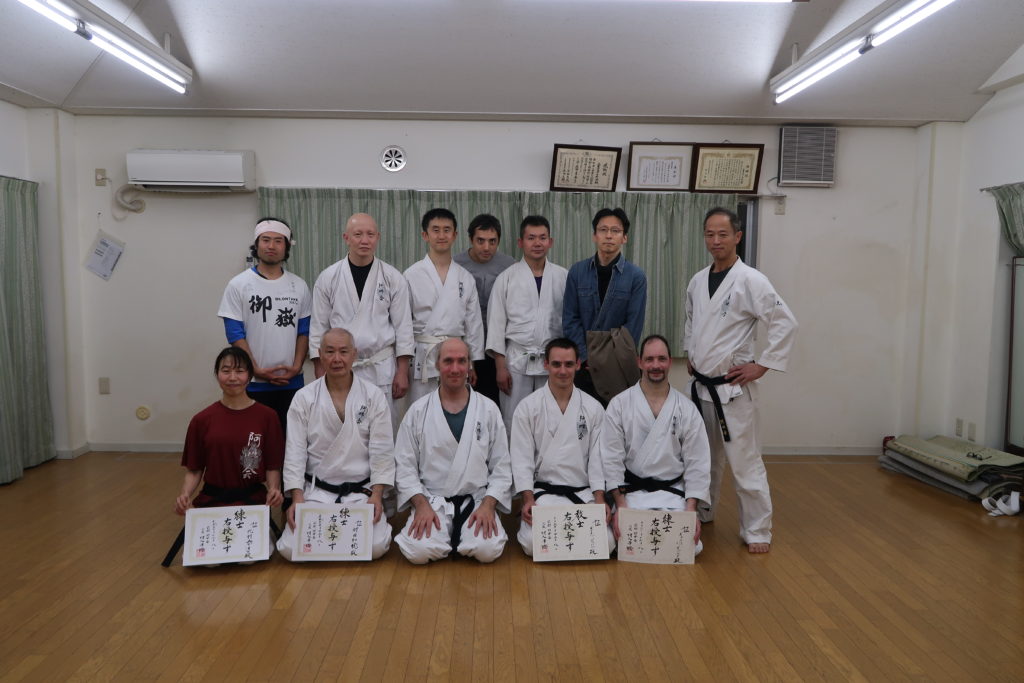 Ranks in Aunkai work a bit differently from what can be found in most Japanese martial arts today, as Aunkai does not use the Kyu-Dan system but a Menkyo system. The ranks in use in Aunkai and their signification are the below:

Note these titles exist in other arts, and are often directly linked to Dan ranks. However, it is important to keep in mind that each system is unique and that the same terms can be used in different arts without necessarily having the same signification.

Note also that to this day, nobody in Aunkai holds the title of Shihan; Robert John, Miyakawa Kazuhisa and Watanabe Manabu being the only Hanshi worldwide. We are grateful for their continuous support all these years, and that of Akuzawa sensei, as our dojo would never have developed so well without them.

Training of course! If you’re already initiated to Aunkai, warm up your kua and do your tanren, more workshops are coming your way!

And if you’ve never trained, it’s never too late! Join any of our workshops or regular classes to get a taste of Aunkai!

One thought on “Promotion to Kyoshi”