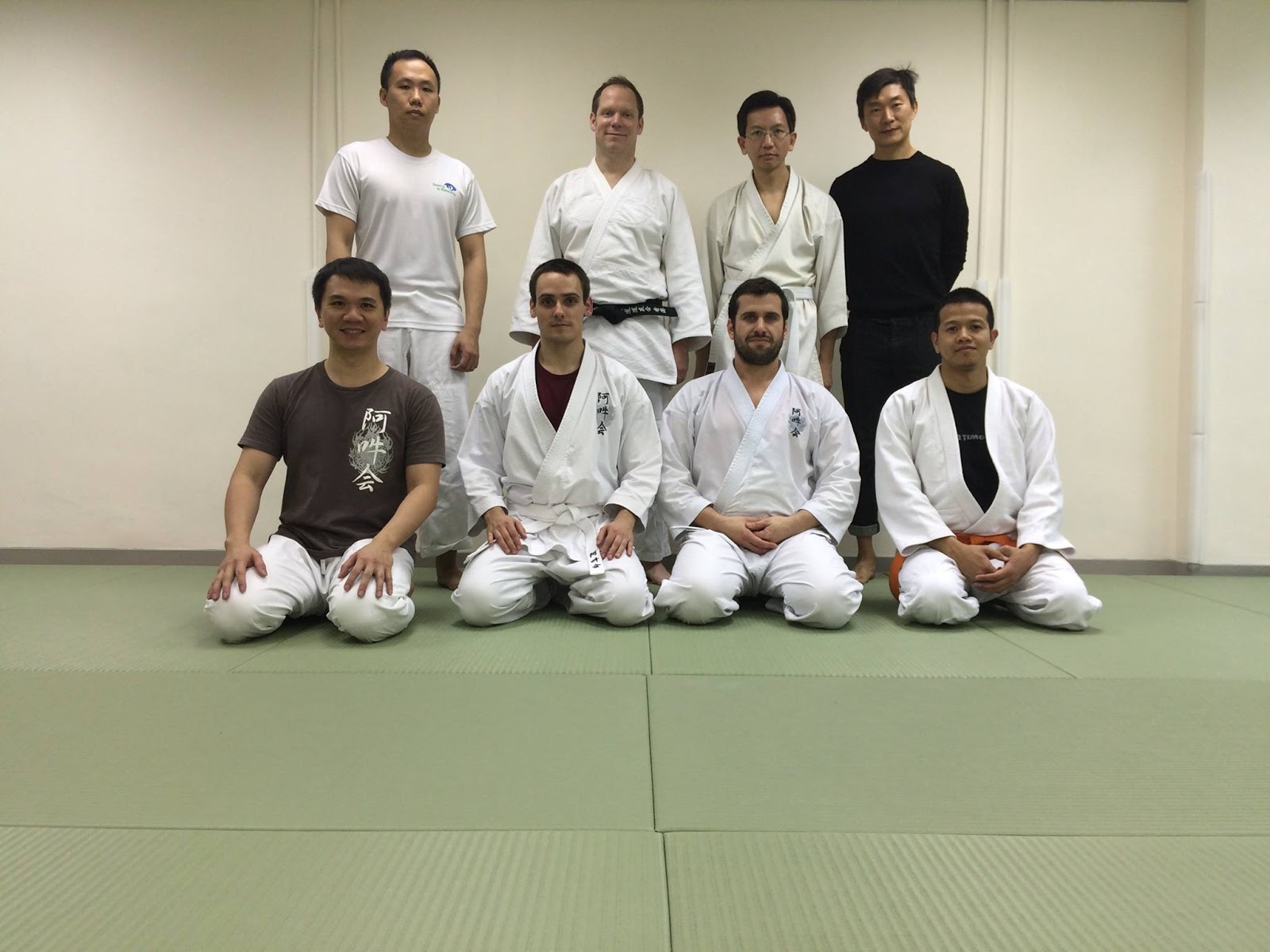 After a first day mainly focused on the construction of the “frame” of the body, the second day was focused on putting it in motion.

In this session, we worked on the establishment of the juji and putting them into action, right from the warm-up.

First exercise, Ashi Age / Juji Ko, in order to begin to feel the tension in the central axis of the body, with the various possible changes and focusing on feeling the origin of the movement. A good introduction to the kicking approach of the Aunkai method but also to how to free the legs to move without disrupting the structure.

With the juji in place, moving to Shintaijuku was only logic, with or without Bo (since there were not enough for everyone) to understand how the juji create movement, while the limbs transmit the energy.

We then approached Tsuki with a partner. This exercise both mobilizes the juji and revisits some ideas we already explored in Breathing Maho. We did it in various forms: with a partner and a Bo from a Maho position, with Bo in Jigotai as well as without the Bo in the same position before putting more and more freedom by allowing all movements but keep the feet in a fixed position, then opening all options and having therefore a free work.

Filip completed the previous session by making us work on three exercises, that focused on the three important parts of Tsuki in Jigotai with Bo. First by making us work on reorganizing the body between the time when the Bo is held high and the time it is in the kua (step 1 of the movement)

Then working on an exercise combining Shintaijuku / Ashi Age using the twist to store the tension in the body and release it suddenly (step 3).

Finally working on the intermediate part with an exercise that consists in pulling the partner while holding his wrists with a very strong focus on the kua area. 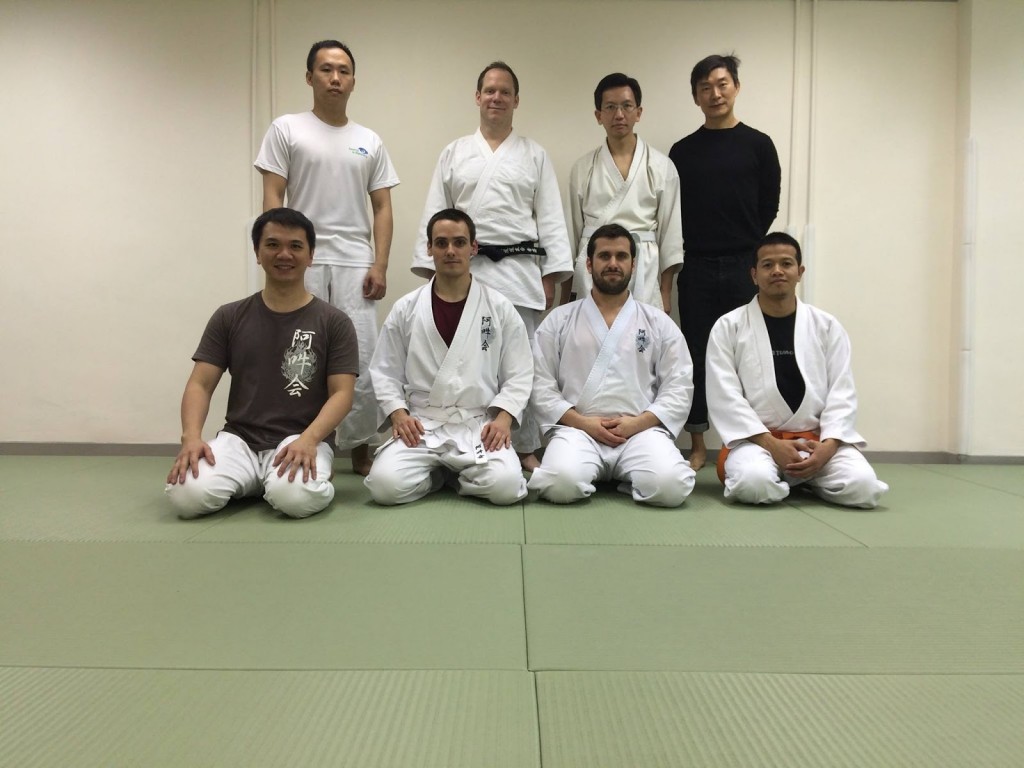 First with some exercises around Tenchijin, the only solo tanren not yet practiced during those few hours, alone and with partners to understand the rise of the body and its alignment and then using Tenchijin for Age Te, both kneeling and standing.

We then returned to Sage Te, already seen the day before but complementary and essential to a proper understanding of gravity, as well as some applications of the idea of dropping weight into the body.

Last session of the weekend. Filip leveraged this opportunity to propose a number of applications, giving participants a view of what the Aunkai conditioning can lead to. The first exercise was essentially the same as the last I proposed but, as for Sage Te, proposing a “XL” version which helped restore the vertical replacement allowed by Shiko. We then moved quickly to multiple applications on Mae Geri and Tsuki using all the principles seen during the weekend and exploring the notion of fluidity specific to Aunkai, with a body that stores, releases, recycles energy, and sometimes makes it explode.

After 12 hours of intensive work over two days, we ended sitting in a circle ourselves in a circle to discuss everyone’s feelings after such an intensive weekend. 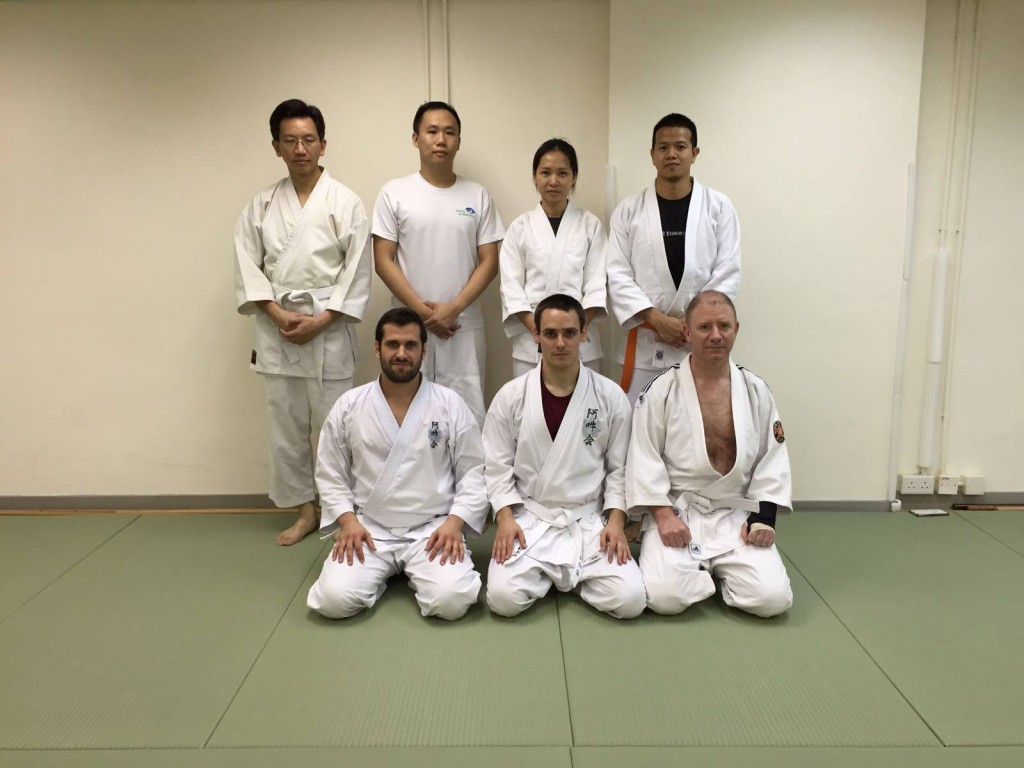