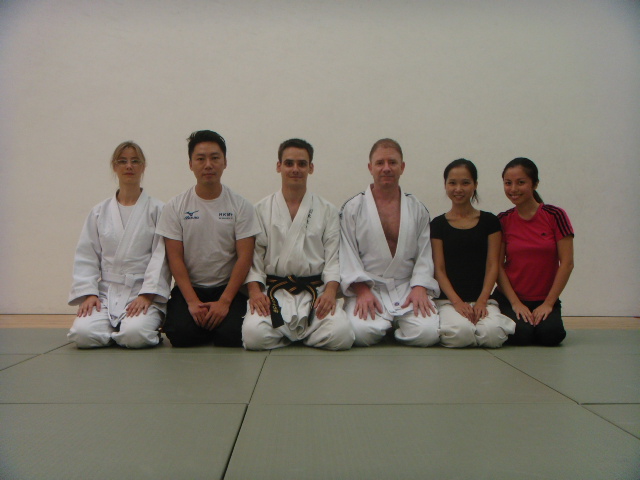 Our dojo first opened its doors five years ago, in July 2012, and much has happened since then. At first we were only teaching Nihon Tai Jitsu, before being allowed to form an Aunkai study group. We received visits from great martial artists who shared their teaching with us, namely Romain Guihéneuf (Hankido), Akuzawa Minoru and Manabu (Aunkai), Filip Maric (Aikido), Ka Beom Seok (GNK Core) and Leo Tamaki (Kishinkai Aikido). All of them helped us learn, improve, grow.

Slow but steady the dojo has been growing and skills got developed. We demonstrated in Japan at Kyoto’s Butokuden in 2012, 2013 and 2015 at the Budosai of the All Japan Budo Federation, and our instructor Xavier was invited to demonstrate at the Nuit des Arts Martiaux Traditionnels, the biggest festival for traditional martial arts in Europe, in Paris this June. We also tied strong links with dojos in Vietnam and Singapore, but also in France, Belgium and Italy.

Five years down the road, it feels like it’s still only the beginning. Happy anniversary to the dojo, and thank you to all who made these years possible!